You have probably heard of B.K.S Iyengar. He was one of the greatest yoga teachers of the world and played an important role in bringing yoga to the West.

He was born on 14th December 1918, and was not a healthy child. Influenza left him weak and sickly. He suffered from malaria, TB, typhoid fever and general malnutrition throughout his early years. It was through yoga that he managed to turn his life around.

The father of yoga, Krishnamacharya, happened to be Iyengar’s brother-in-law. He recommended that Iyengar take up yoga in order to heal all his health problems. Iyengar, with no other option, agreed and at the age of 15 moved to Mysore to study under this world renowned teacher.

However their relationship didn’t get off to a great start. Krishnamacharya neglected his young brother, predicting that he would not be successful at yoga because he was so sickly. He gave him the household chores to do and didn’t spend much time teaching him. It was only after Krischnamacharya’s star pupil, Keshavamurthy, left, that he started training Iyengar seriously.

3 years later, Iyengar’s health problems had vanished and he began to teach, with the encouragement of his Guru, Krishnamacharya. Iyengar evolved into an amazing teacher and traveled all around the globe bringing yoga into people’s lives.

After a scooter accident which dislocated his spine, Iyengar introduced the use of props into yoga making it even more accessible to people. Now the focus was on making the pose work for you rather than the other way round, which I think has been a revolutionary thing in yoga.

Iyengar has proven with his own life, how anyone and everyone can practice yoga, however fit or flexible you are. He has shown the possibility of yoga transforming your life physically and all the positive impacts it can have on health problems. Even in his 90s Iyengar continued to practice 3 hours of asanas everyday, which is absolutely crazy!

He really is such an influential character and can be an inspiration to us all. His devotion to yoga and humanity is astounding. I think we can all learn something from him and the life he lead.

I have read Light on Yoga and Light on the Yoga Sutras of Patanjali. Both are really good books and helpful to both beginners and advanced yoga practitioners. They explain the physical aspects of yoga, the asana, and then go much much deeper than that. They outline ways that we can lead a better life: more spiritual, with more kindness and love. Even if we just took one thing away from these books it would make us a much better and kinder person. Reading their books in the entirety will put you on the path to reaching your highest self and enlightenment.

I would definitely recommend reading them over Christmas and exploring the life of this amazing yogi! 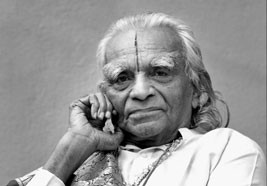 Other books:
Light on Life
Light on Pranayama
The Tree of Yoga
Core of the Yoga Sutras
Yoga- The Path to Holistic Health